Bullets at The Blue Bird Café 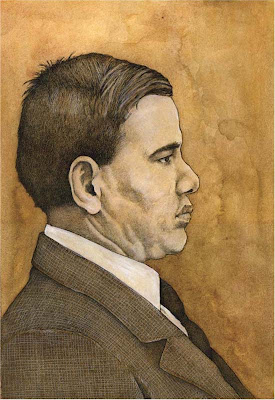 Eighty-nine years ago…on December 26, 1920, Monk Eastman was found face down on the cold winter sidewalk near the 14th street subway entrance facing Union Square in the early morning hours following Christmas day.
The two policemen had counted a total of five .38 caliber bullets entry wounds in Eastman’s stocky, battle scarred body. After a life of so many violent close calls - a man whose life long love of cats may of attributed to an inherited fabled nine lives - these final bullets had found their mark.

A native of Williamsburgh, Brooklyn, Monk Eastman was born Edward Osterman in 1873, and was Gotham’s first great Jewish gang leader.
His life was a storybook affair of pugilism and violence, blood and broken noses, and as a result inadvertently created the turn of the century gangster archetype. Through pure brawn and probably very little brains he had reached the highest levels of power available to him through the closing years of the nineteenth century up until 1904. He also had hit the lowest lows upon his release from Sing Sing in 1908, unable to reclaim his throne in the underworld and idling in small petty crimes and lost in an opium haze most of his waking hours.

It wasn’t until he reached the age of forty-four was he able to regain some semblance of gregarious grace among comrades when he offered his services to the US Army in 1917. He proved to be one on of the most courageous troopers ever enlisted with the 27th Division of the 106th Infantry, known as “O’Ryan’s Roughnecks”, saving countless lives on the battlefields of France through bravery and brash.

He had encountered no runs in with the police after his return from the Great War, and was even granted full citizenship, which was restored in 1919 after a his fellow doughboys drew up and signed a petition and sent it to Governor Alfred E. Smith along with tales of his bravery in order to let him participate in the scheduled victory parade along Fifth Avenue. Initially Eastman, who had enlisted under the name of William Delaney, was going to be denied his place in the victory march after his checkered and violent past was uncovered.

But it seemed old habits were hard to break and the straight and narrow was a difficult trail to stay on after his discharge. In the early morning hours of December 26, Eastman had been spending the evening cavorting at The Blue Bird Café at 62 East Fourteen Street, near the corner of Fourth Ave. An argument had ensued with a Prohibition officer later identified as Jerry W. Bohan. The disagreement, which became quickly heated, was apparently over the tipping amount for their waiter.

His affiliation with Bohan was unclear but obviously the Prohibition officer’s moral stance was possibly a dubious one since Bohan was after all enjoying the illegal swills of a speakeasy and keeping company with Eastman and others. Alcohol fueled misjudgment had played key roles in Eastman’s life in the past; most notably his drunken uptown spree in 1904 where he fired six bullets (all missing their mark) at two Pinkerton detectives following an attempted mugging gone wrong. No longer under Tammany Hall protection, the incident had landed Eastman a Sing Sing sentence for five years, this ending his reign as gang leader and the street glory and respect he would never again regain.

High levels of alcohol were noted in the autopsy report done on Eastman. After some further investigating however following his death, detectives found out that Eastman had been involved in some small time dope peddling and bootlegging, and was also under Arnold Rothstein’s employ as a loan collector.

Jerry Bohan, who turned himself in on January 4 of the following year, claimed self-defense in regards to the shooting. Eastman was apparently quite inebriated and aggressively mouthing off insults and threats as he reached into his inside coat pocket while approaching him outside of the Blue Bird Café near the 14th street subway’s southern entrance. Bohan was quicker on the draw. He was eventually charged with manslaughter and was sentenced to a minimum of three years at Sing Sing.

Though his public profile in the recent years had dwindled considerably, his killing had the newspapers’ full attention of the front page upon his death.
EX-CONVICT, WAR HERO, SHOT DEAD and REFORMED GANGSTER SLAIN trumpeted The Daily News.

Speculative articles ran about how his rehabilitation was perhaps not so genuine and how you couldn’t teach an old dog new tricks, taking the expected moral high ground editorial approach.
The newspaper stories outraged two particular army buddies from the 106th, Hank Miller and John Boland, who put up funds for a military burial after Eastman’s family didn’t come forward to bury their own. Eastman‘s sister Ida had identified his body but never came back to reclaim it. One can only assume that family relations between the former gangster and his blood relatives were strained to the point of disownment.

Coming to Eastman’s defense and extolling his battlefield bravery, Boland announced to the papers a highly colored quote perhaps not so deserved of a man who had at one time had sent so many men to Bellevue Hospital's accident ward that orderlies started to refer to it as the Eastman Pavilion:
“Mr. Eastman did more for America than Presidents and generals. The public does not reward its heroes, now they are calling him a gangster instead of praising him as one of those who saved America. But we’ll do the right thing by this soldier and give him the funeral he deserves.”

On December 30, thousands of mourners showed up for Monk Eastman’s funeral procession including soldiers, women, children, and aging former members of the Eastman gang. He was dressed in full military regalia and laid in a shiny black coffin draped with the Star and Stripes, on which a silver plated inscription read Our Lost Pal, Gone But Not Forgotten.

As a result of his family not being involved in the interment arrangements, a pastor from the South Third Street Methodist Church read the committal service of the dead. Eastman’s sordid and turbulent life had denied him Kaddish and a Jewish burial.

Six polished black cars and twenty horse drawn carriages made their way to their final stop at Cypress Hills Cemetery. With a bugler sounding taps and three volleys of fire, the life of Monk Eastman was over, and Edward Osterman was laid back down into the Brooklyn ground.

A very interesting and informative site, and the artwork gives it a very distinctive look. I'm a crime buff and the era and men you're writing about are of particular interest. Thanks very much, and don't be discouraged! I'm sure I'll be back to sample some earlier entries. (I only got as far as Longy Zwillman.) What does "six for five" mean?

Hello - Thanks for the nice words on the blog.
Six for Five is a money lending / loan sharking street term used back in the day. It seems to trace back to the Brownsville, Brooklyn troop of gangsters though it may go back further than that: If I lend you five dollars, you will owe me back six.