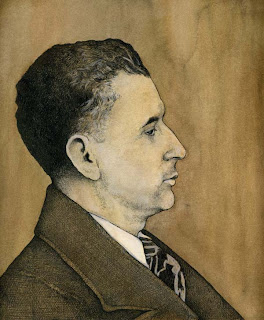 " My friends and I saw some good action against the Brown Shirts around New York. I got my buddies like Bugsy Siegel – before he went to California – and some other young guys. We taught them how to use their fists and handle themselves in fights, and we didn’t behave like gents.” - Meyer Lansky

Quentin Tarantino’s new film, Inglourious Basterds, is being marketed and publicized by some as a ‘Jewish revenge fantasy’ film – a ‘what if we could turn back time’ scenario where an elite squad American Jewish soldiers kick a whole lot of Nazi ass. Why this squad requires a gentile leader is still remains an open question... and I have yet to see the film so I will reserve judgment. Critics seem divided on the film (you can read an interesting New Yorker review here) and as like most of Tarantino’s films, they rarely garner reactions of polite fence sitting. Tarantino seems to relish in the idea of being Hollywood's enfant terrible regardless of some of the public's reaction to his body of work so far.

While the tale of Inglourious Basterds is obviously fictional – the idea of Jewish tough guys fighting Nazi oppression is far from fictitious. Not only did the brave souls of the Warsaw Ghetto uprising and the forest dwelling partisan groups take action, National Socialist ass kicking was also happening on the streets of New York as well.

Meyer Lansky’s family had come to America from Grodno, Russia in 1911, and they like many Jews who fled the pogroms, were no strangers to anti-Semitism. While the new world lauded its fair own share of bigotry towards the great numbers of migrating newcomers that landed on US shores during the opening decades of the twentieth-century – the threat was rarely beyond verbal and obtrusive. The slow climb on the social ladder to a prosperous and more importantly, free life was still within their grasp. By the early 1930s however, as a larger threat loomed across the ocean, it became slowly evident that the same persecutions Jews had fled from, were once again on the rise in their new world.

In 1933, when Adolf Hitler was made Chancellor of Germany, a Nazi presence was growing in Uncle Sam’s backyard as well. Hitler had hypnotized a nation with devilish oratorical skills and his influence had also reached North American shores, giving birth to America’s own storm troopers, branding itself the German – American Bund.

The Bund was built out of former German-American societies who pined for the motherland though still relished and reaped from America’s rewards. Originally backed with Nazi – funding, over ninety-three local chapters sprouted across the country with membership estimated at 100,000 or more. By the mid 1930s, while Hitler built autobahns and edged Germany towards re-armament, the American Bund published four weekly German newspapers, started German language schools and even opened twenty-two Hitler Youth camps.

Fritz Kuhn, who was a former employee of non other than Henry Ford (head of the Ford Motor Company and America’s predominant anti- Semite) led the New York chapter of the Bund up until 1936, after which he was put in charge of the entire American division.

Kuhn was ambitious; campaigning on behalf of Republican presidential candidate Alfred Landon, backed senators and members of Congress and did radio interviews alongside Dr. Ignatz Griebel, leader of the ‘Friends of New Germany’ movement who was eventually uncovered as a Nazi spy. Kuhn peaked in late 1937 by rallying over 1,150 Bund members decked out in brown shirt uniforms doing the Hitler stomp inside the walls of the old Madison Square Garden at 50th Street and 8th Avenue.

These were indeed scary times.

Not long after the Madison Square Garden rally, the Jewish community in New York, clearly unsettled by such activity, reached out to Meyer Lansky. These were not factory owners or the corner grocer looking for protection, but prominent members of Jewish society. Rabbi Stephen Wise, who led the Federation Of American Zionists, approached Lansky to ‘do something’ about the rising trouble. So did New York State Judge Nathan Perlman.

“Nazism is flourishing in the United States.” Perlman told Lansky,

“We Jews should be more militant. Meyer, we want action taken against Nazi sympathizers. We will put money and legal assistance at your disposal, whatever you need. Can you organize the militant part for us?”

Though Meyer Lansky stood only five feet – four inches, what dangled between his legs were bigger and bolder than men twice his size. Lansky was delighted by the request to crack a few Nazi skulls and he responded to the request with Jewish and American pride:

“I’ll fight these Nazis with my own resources. I don’t need your cash. But I will ask you one thing, that after we go into action you’ll try and make sure the Jewish press don’t criticize me.”

The object was to break up Bund rallies but Pearlman and Wise stressed there was to be no killing, which undoubtedly disappointed Meyer’s merry band of misfits. There w 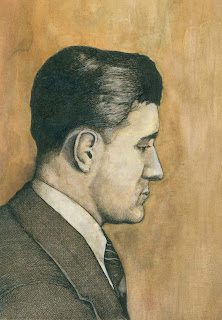 ere provided with addresses of leading Bund members as well as locations for secret meetings. One particular night Lansky, with a beaming Bugsy Siegel at his side and backed by other Jewish gangsters arrived at a location in Yorkville, the center of the German community in Manhattan, to breakup a rally that was underway. Lansky described the incident:

“We got there that evening and found several hundred people dressed in brown shirts. The stage was decorated with a swastika and pictures of Hitler. The speaker started ranting. There were only about fifteen of us, but we went into action.

We attacked them in the hall and threw some of them out the windows. There were fistfights all over the place. Most of the Nazis panicked and ran out. We chased them and beat them up, and some of them were out of action for months. Yes, it was violence. We wanted to teach them a lesson. We wanted to show them that Jews would not always sit back and accept insults.”

Rabbi Wise and Judge Perlman were ecstatic with Lansky’s results, as was noted radio personality Walter Winchell, whose anti-Hitler crusades were well known on the airwaves and boasted of Lansky’s achievements. Winchell also had a reporter's ear to the ground and would provide Lansky with numerous addresses of scheduled Bund meetings. Little Meyer was energized and led campaigns throughout New York and New Jersey, bumping as many Bund heads as he could. Lanky’s results also influenced other Jewish toughs to follow his lead.

Max Hinkes was a member of Abner ‘Longy’ Zwillman’s inner circle who joined a Newark based Jewish resistance group known as the ‘Minutemen’. Hinkes recalled a particular Bund meeting breakup at Schwabben Hall on Springfield Avenue in Newark:

“The Nazi scumbags were meeting one night on the second floor. Nat Arno (the Minutemen’s leader) and I went upstairs and threw stink bombs into the room where the creeps were. As they came out of the room, running from the horrible odor of the stink bombs and running down the steps in to the street to escape, our boys were waiting with bats and iron bars. It was like running a gauntlet. Our boys were lined up on both sides and we started hitting, aiming for their heads or any other part of their bodies, with our bats and iron bars. The Nazis were screaming bloody murder. This was one of the most happy moments of my life.”

While secretly pleased with the end results, Lansky’s benefactors did not keep their end of the bargain. The violence answered with violence did not please the city’s biggest Yiddish newspaper, the Morgen Journal, condemning his actions and labeling him as a Jewish gangster, and other Jewish newspapers followed suit. Rabbi Wise and Judge Pearlman had inadvertently exposed Lansky and left him to battle off the predatory press.
Lanksy had always avoided exposure in the press (at the advice of Arnold Rothstien) and managed to keep a legitimate front as a prosperous businessman up until this point. This sudden public interest and being pegged as a gangster unsettled him as it did Rabbi Wise, who asked him to stop his anti-Nazi activities as public moral rumblings were getting too delicate to handle.
Lansky was reluctant but agreed, however he remained committed to the cause and his patriotism got a chance to shine a couple of years later, when he brokered deal between US Naval Intelligence and the jailed Charles ‘Lucky’ Luciano to protect Manhattan’s harbor front from Germany’s infamous wolf pack of prowling U-boats.
Posted by Pat Hamou at 10:39 PM

Thank you so much for telling this story, and not repeating the same tired bullshit about sheeple who just accepted the world's oppression without resistance. Were Kosher Nostra bad guys? Yes, but not uncomplicatedly so, and while they did some pretty horrific things (Bugsy Siegel seems to have been the prototype of the Joe Pesci-esque sociopath gangster), I think their courage in facing the true greatest evil of our time--and perhaps all history--desrves recognition. There's a great story that Bugsy Siegel was having an affair with an Italian contessa. Eichmann and Goebbels (I think) were both guests at her villa when Bugsy was there, and he decided he was going to kill them. Only her begging him not to (she would have been arrested and executed), prevented it. This has the sound of an urban legend, but I COULD see Siegel doing it. Thanks again!

It wasn't Eichmann and Goebbels - it was Mussolini at the villa.