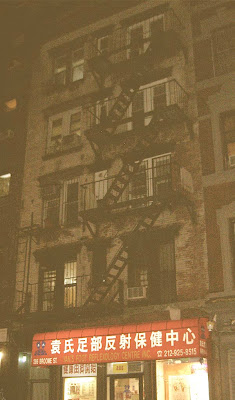 Drawing a large crowd, the three authors offered their own views on the history of Jewish Gangsters, read from their books, and fielded many questions in a clear and articulate manner. It seems the entire era still held a fascination with the many in attendance, as their inquisitivness was nice to behold - kudos to the Lower East Tenement Museum for organizing this event.
A stranger irony to the evening however was that it was coincidentally held on the eve of the guilty plea and sentencing of Bernie Madoff the next morning just a few blocks away. While the interest in gangsters past is partly embedded in the lure of colorful characters, larger than life personalities, and the safe, comfortable distance of history; the likes of Madoff and his inexcusable white color crimes are nothing to be glorified or revered. Madoff deserved every year of the one-hundred and fifty that were handed to him and may they pry every dollar out of every corner of his dirty little world in hopes of restitution to those affected by his actions. 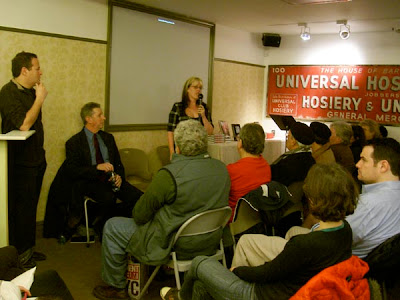